So, you've fallen off your bike and ended up with a huge purple bruise on your thigh. Or you've twisted your ankle, and now you regularly roll it.  Or you've damaged a rotator cuff tendon playing golf. You've pulled a hammy during rugby or netball. Or you've had surgery and now have an ugly scar.

All these situations involve scar tissue below the skins surface - scarring in the muscle, tendon, ligament or the fascia.

Scar tissue is made up of a different type of tissue to the area of injury.  It's very inflexible, fibrous material 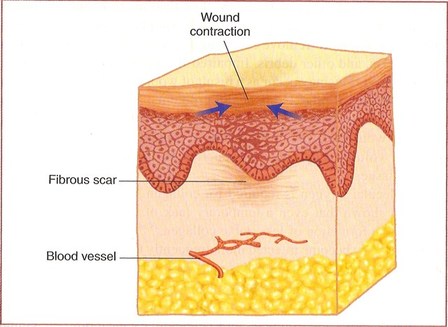 and attaches itself to the edges of the damaged soft tissue to try to close up the wound.  Even a big bruise can mean there is injury in the muscle below the bruise, with lots of little tears and the scar tissue forms to patch over the damage.

When scar tissue forms it's never as strong as the tissue it replaces - and lack of strength can mean less stability in the joints. And because it's not flexible, it means that areas of the muscle or tendon don't move like they should.  And movement can mean the scar pulls on the healthy tissue causing pain.

The good news is that scar tissue can be treated with special massage therapy techniques.  This treatment breaks up the scar tissue and helps to realign it with the surrounding tissue.  It cause a bit of discomfort at the time of treatment, but it's effective in assisting movement and reducing pain....even many years after the actual injury.

If you think you might benefit from some scar tissue treatment, book in with us now!